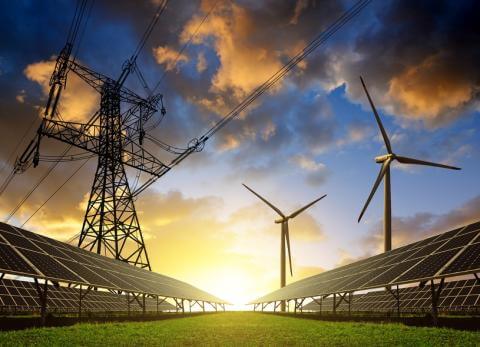 With the increased seriousness of climate change and the amount of carbon emissions that we are putting into the air, it’s become imperative to create alternative, renewable forms of energy production that both meet our power needs and are not harmful to the environment.

Many countries are starting their own projects that will not only meet those two criteria, but ensure a safer future for all.

An international consortium of companies around the world have recently unveiled plans to start exporting large amounts of wind and solar energy to Western Australia and Southeast Asia, which will be directed through Singapore and Indonesia.

The power plant is expected to be spread over 14000 square kilometres of flat desert on the Northwest Coast of Australia. It will be made up of 12000 wind turbines, along with 10 million solar panels, and is expected to generate around 6000 megawatts of power, 4000 coming from wind while the other 2000 coming from solar, and will power everything from basic lighting to the legion of smartphones in the country being used for online betting to business.

The TuNur Project is a project currently underway in Tunisia, and will be making use of the country’s vast amounts of space and sun exposure to create an array that would be able to power much of Europe will be located in a solar complex in Southwest Tunisia, and will make use of Concentrated Solar Power technology that will see parabolic mirrors connected to a molten salt energy storage facility that will cover an area of over 5000 hectares.

Cable systems under the water will then pull the energy to Europe through 3 different routes.

Being constructed within the Democratic Republic of The Congo, the Inga Project is currently the world’s biggest hydro-power project. If it is completed, it will be able to provide double the capacity of the Three Gorges Dam located in China, which is outputting 22,500 megawatts at the moment.

The Inga Project would be built on the Congo River, which is the second largest in the world in terms of flow, making it the perfect way to generate mass amounts of electricity through a single river. The project has been on the agenda for a number of international companies, and it’s yet to come to full realisation.

The Jiuquan Wind Power base, which has also come to be known as the Gansu Wind Farm Project, was first approved by the Chinese Government 11 years ago, and stands as the forefront the country’s ambitions to provide all of their power renewable.

It’s made up a series of massive wind farms that are either up and running at the moment or still under construction, all of which located in the western Gansu Province. The project is planned to completed in a number of different stages, and currently generates around 6000 MW. Once construction is completed, however, energy projections increase to 10000 megawatts.