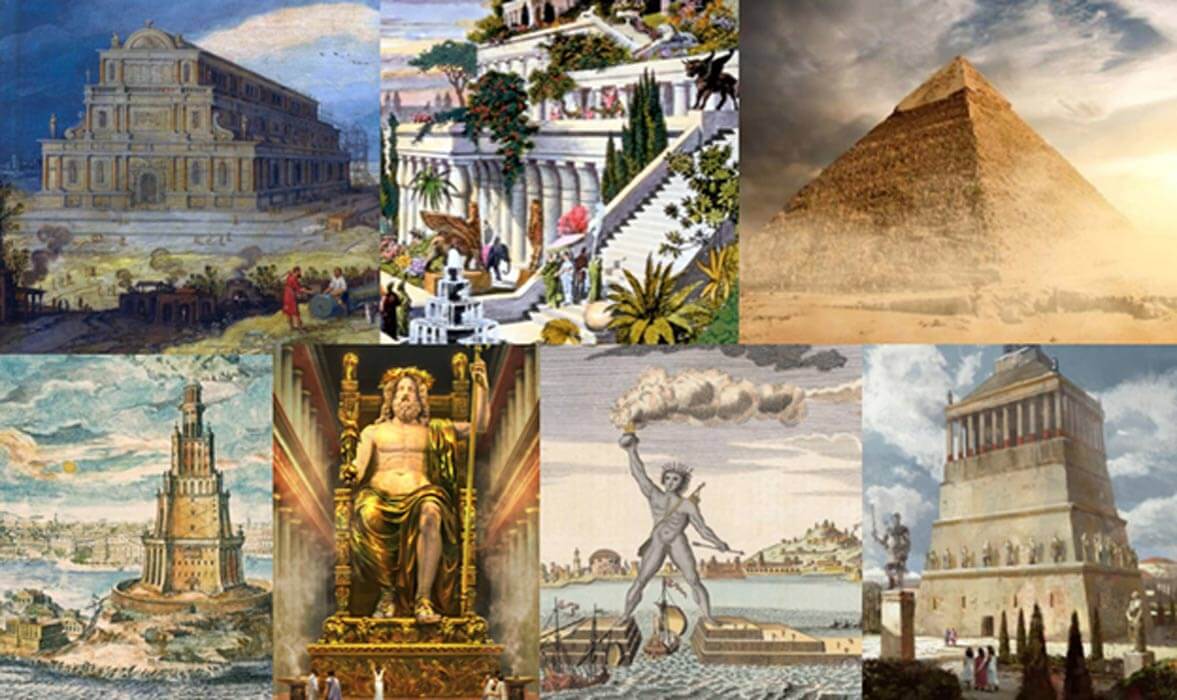 Numerous sites around the world prove that people who lived thousands of years ago were skilled engineers, mathematicians, architects, project managers, and construction workers. A list of all the engineering feats of the ancient world would be impossible to complete, because archaeologists continue to make startling discoveries.

The following 5 marvels are among the best examples of what the ancients managed to achieve through a combination of brains, brawn, and simple tools.

The Pyramids of Giza

The pyramids of Giza, Egypt, are one of the most impressive feats of architecture and construction in the ancient world. The largest of them, the Pyramid of Khufu, took between 10 and 20 years to build, and was completed sometime around 2560 BC.

It originally stood almost 147m tall, which made it the tallest man-made building for millennia. Approximately 2.3 million stone blocks, the largest of which are granite blocks that weigh between 25 and 80 tonnes each, were used in its construction.

The Great Wall of China

More than 21,000km long, the Great Wall of China is one of the most important ancient engineering marvels. The wall, which was built to protect the country from invaders, took centuries to complete.

Millions of prisoners used wood, bricks, and stone blocks to build the wall, which was funded partly through a state-run gambling game. Very different to the exciting eSports betting Australia available today, the game was similar to a lottery. The top of the wall includes a walkway, battlements, and parapets or lookout towers.

The Rock Churches of Lalibela

Carved by hand from single rocks, the 11 rock churches of Lalibela, Ethiopia, were completed in the 12th and 13th centuries. They take their collective name from King Gebre Mesqel Lalibela, who commissioned the project.

The churches were intended to recreate Christianity’s most important holy sites in Jerusalem. What makes this ancient engineering marvel even more impressive is that, underground, the churches are connected by passageways, tunnels, and drainage ditches that make use of natural aquifers. The rock churches are still important places of worship.

Named after Raja Chanda, a king who lived circa 900 AD, Chand Baori is one of the biggest step wells in India. It is located in Abhaneri, a village in dry, hot Rajasthan.

The rectangular well was dug approximately 30m below the earth’s surface, giving it a height of almost 13 storeys. About 3500 steps lead down to the bottom of the well, where the air remains between 5 and 6 degrees cooler than at the surface. Its construction continues to baffle archaeologists and engineers.

Located adjacent to Pohnpei island’s eastern shore in the western Pacific Ocean, Nan Madol is known as the Venice of the Pacific, the eighth wonder of the world, and even as Atlantis. Construction began in the 800 or 900 AD.

The site was the capital of the Saudeleur Dynasty, until it was abandoned sometime around 1628. The city is comprised of almost 100 artificial islets built in a lagoon surrounded by mangroves. The islets are coral and stone fill platforms separated by tidal canals.