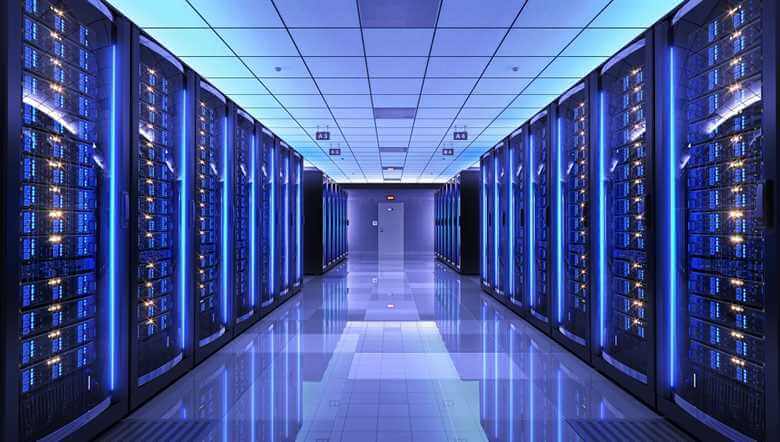 Most people at home have more than a few devices that are able to connect to the internet. When a device makes a request for a website to be loaded, that information comes from a server. Servers can be home-built and only consist of a few components, but this isn’t enough to power the world’s traffic.

Instead, we rely on massive data centres, warehouse-like buildings that are packed with hundreds of servers at once, all working together to serve the general population’s internet requirements.

Data centres are becoming more common throughout the globe as the internet becomes increasingly popular. Here we will dive into data centres and what they’re all about.

A data centre is a centralised point in the global network that’s home to the networking and computing hardware necessary to retrieve, store, and serve information on a large scale. They come in all shapes and sizes, and when one data centre might be focused on capturing specific data, another might be used as a housing unit for cloud computing and other server-related tasks.

Huge companies like Google and Amazon own data centres around the world, many of which are packed with enough storage space and computing power to meet the internet needs of millions of people at once.

What They Consist Of

A data centre’s overall structure will depend on what it’s being used for. Regardless of its usage, however, most centres will consist of an infrastructure made up of computers, servers, routers, switches, and more.

Along with this, it’s also common to find intricate cooling systems throughout the building designed to pull away the huge amount of heat that the many servers generate while in use. These are some of the most common aspects of any data centre:

Obviously having this much equipment in a single place means that there will a lot of maintenance involved to keep it all running smoothly, especially when so many people today rely on stable internet.

Most centres tend to have a host of staff on site, repairing any issues, replacing broken hardware, and providing security to stop intruders from gaining access to the data inside.