Climate change is the biggest challenge that the human race has ever face, and it’s going to take all of our innovation and technology to avert the worst of what’s to come. One of the largest problems we’re dealing with is excess carbon in the atmosphere, more than our planet is able to successfully pull out.

Carbon is excellent at trapping heat, meaning that more and more heat is being trapped in the atmosphere and causing global temperatures to increase. Scientists and engineers around the world are currently working on projects to try and capture the carbon emissions that we output every year, and there are some truly promising concepts being investigated.

Known as the Great Plains Synfuels Plant, which is currently owned by Dakota Gasification, was a $2 billion investment with the hope that the facility will be able to scale up operations in the future, as at the moment it’s only able to capture around three million tones of carbon every year.

The carbon that is being captured is a by-product of the process the facility goes through from coal gasification. The facility itself was first opened in 1984, but it wouldn’t be until 2000 that they added the carbon sequestration filters.

Occidental Petroleum owns the Century Plant, which can be fount in western Texas, the United States. It holds the record for being the largest CCS plant in the world, and is able to capture many times that of most other entries on this list.

The Century Plant was originally agreed upon in 2008, and was built with a total investment of just over $1 billion, and it’s mainly used for the enhanced oil recovery projects that Occidental oversees, which are mostly situated in the Permian Basin.

It first began capturing carbon emissions in 2010 thanks to the commission of its very first train, and a second train was added some two years later, which added to the total amount of carbon that could be transported.

Most of the carbon is transported off-site through the use of an overland pipeline, where it’s processed in other facilities. The Century Plant has provided a good foundation for future projects to be based off of, all of which can provide power from entire households to the phones we use for crazy fun games. 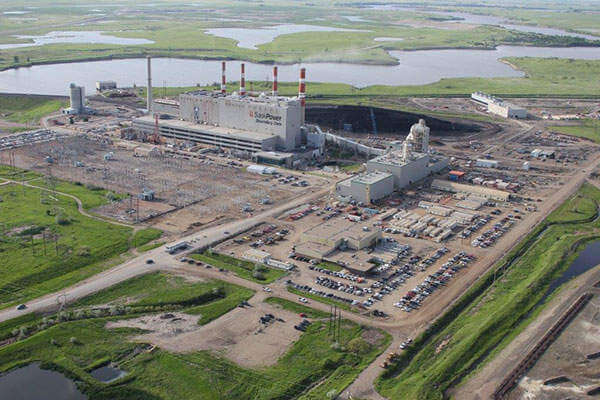 This carbon capture and storage facility can be found in Canada, and is owned by SaskPower. It had first been commissioned at the 824MW Boundary Dam plant, which is primarily powered by coal.

The carbon capture facility went online in 2014, and it made big headlines across the world for being the first commercial sized CCS projected to be commissioned in an attempt to cut down on the carbon produced from a coal fired power station.

The project saw the power station successfully converted into a reliable producer of electricity, and is also now able to reducing its total CO2 emissions by one million tons per year, making it one of the most efficient capturing plants in the world.