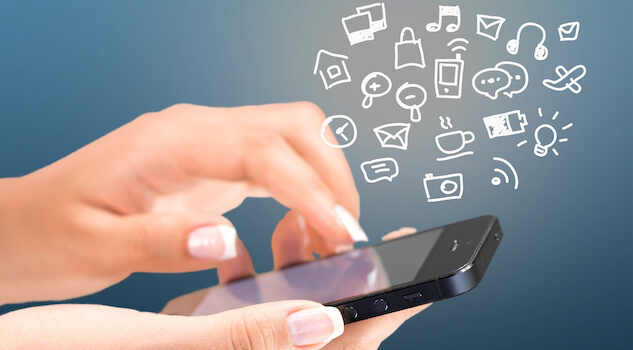 We’ve come a long way since the early days of mobile technology – giant phones that had limited reception and all they did was make phone calls. In 2020, the phone you carry around in your pocket is more powerful than the average computer of twenty years ago. It can also do a lot more than those computers.

It might seem like the original iPhone that was released in 2007 was where the mobile touchscreen revolution started. However, this was just another stepping stone in the evolution of the technology; albeit a massive stepping stone. LG actually managed to make a capacitive touchscreen enabled smartphone the year before Apple. Nokia and Samsung were also in the running. It was the user interface though, where the iPhone manufacturer beat out the competition – not the screen.

When it comes to security on mobile phones, the fingerprint scanner was a big moment. Users no longer needed to key in a code. They simply held their previously scanned and saved finger on the designated button, and they were granted access to the phone. This technology was first used by Toshiba back in 2007. In recent years, fingerprint scanners have gone even further and can now be used right on the touchscreen, no button required.

Another big change that started coming in around 2018 was facial recognition. With this advancement, users need only look at the screen to unlock it. Both fingerprints and facial recognition can also be used on various mobile apps to allow secure payments or easy logins to user profiles. It makes life a lot quicker and simpler in many situations, as well as being more secure if someone other than you is trying to use your phone.

The battery life of a smartphone has long been a sour point for many users. The iPhone is notoriously bad, and many of the other big names don’t fair much better. The technology for wireless charging has started to become common place for the likes of Apple, Samsung, LG and Nokia and many people want to embrace the trend and join right now. There has also been a big focus on fast charging. Manufacturers are now boasting that their wireless charging ports or terminals can take a battery from flat to functional in mere minutes. It’s even reached the point where vehicle manufacturers are offering wireless charging stations in their central consoles so that you can charge your phone quickly and easily while you drive.

The world really has become about instant communication, and the smartwatch proves that. Many of the biggest smartphone manufacturers are making companion watches that connect to their phones. You can read your messages, send template replies, answer phone calls, check social media, play music, track your exercise and daily steps, and so much more via your smartwatch. These devices really hit their stride in terms of popularity around 2015, and have been growing in number ever since. There are even some non-smartphone manufacturers jumping on the bandwagon, such as Garmin and Fitbit.