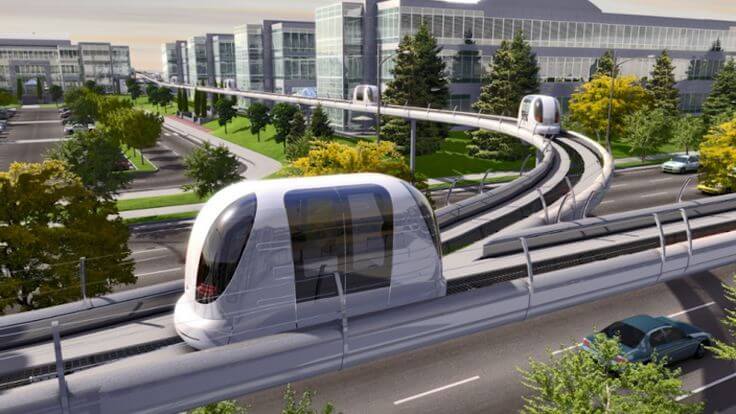 At the moment, the world has something of a transportation problem. Not only are most major cities around the world clogged almost every single day, but the amount of emissions released by these massive traffic congestions is becoming more and more of a health problem.

Individual cars don’t work well for large cities, as too many people having a single car in the morning leads to large jams and blockages, and increases the chance of accidents happening. Public transport, then, is the answer, and there are a few interesting projects and ideas in the works for what the future of public transportation is going to look at.

One idea that’s starting to pick up some traction is the notion of having everyone in a city make use of specialised connected corridors. These corridors would take the form of channels that would allow citizens to walk, cycle, or make use of small transport buses that world be able to take them from one spot to another.

The corridors would be connected throughout the city, and users would be able to find their way around the different corridors through the usage of travel apps that they could load on to their smart devices, much like using Google Maps. With these services in place, private cars would not be needed, and efficient routing would mean that people would be able to get to their destinations in a timely manner every day.

Cities that adopt shuttle sharing transportation would have taxis and minibuses running all day and can be called and paid for through apps, similar to how today’s Uber works.

The main difference is that the shuttle system would be managed directly by the government of that city, meaning that there would be a centralised network keeping everything in check. This flexibility would be the fundamental core of the network, where the transport services would automagically adjust to the needs of the people that need them, rather than the individual waiting for the service to be available.

Like the above scenario, this would essentially negate the need for privately owned vehicles, and would almost certainly cut down on the emissions generated by transportation, especially if an all-electricity system is adopted.

A low density city would come complete with driverless pods, connected through a massive network similar in many ways to the modern railway systems that are used in cities like Singapore and Tokyo. These pods, which would have the ability to transport individuals from one building to another at high speeds, would replace most forms of public transport as well as any privately owned cars and vehicles.

People would still be able to make use of cycling routes or walking for shorter trips, but the convenience and efficiency of having an automated pod system would be available for travelling around the city as quickly as possible. These pods would most likely be on rails, assuring there will be no accidental collisions, and their inherent connection to the internet would give the user the chance to sit back and be entertained until they arrive.